I thought this was a cute, smart article about the four top supermodels from a May 1955 photography magazine. 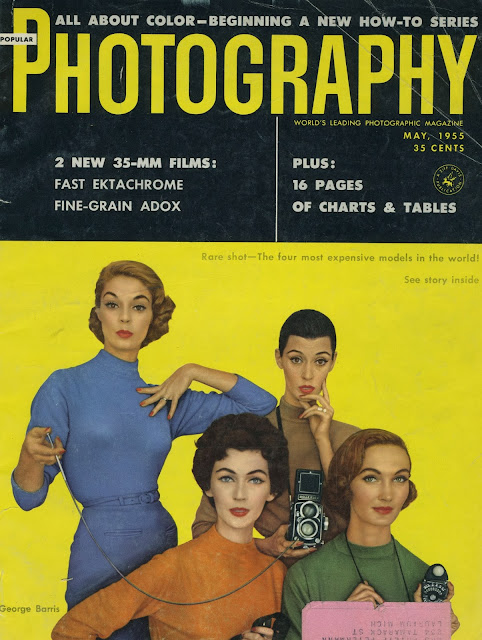 Here are some excerpts front his article:

"The four highest paid fashion models- worth together $200 an hours and appearing regularly in countless magazines had never been photographed together."

"Their working hours are generally 10 to 4:20, with double-time for overtime to discourage clients from interfering with the girls' private lives.  All four are married:  Barbara Mullen designs interiors and washes dishes as charity work for a hospital, Evelyn Tripp lives and works on a farm in New Jersey,  Jean Patchett plays golf, Dovima Horan likes to go to Europe on short notice."

"When I asked them about getting together for a picture, they thought it was a great idea -and were willing to donate their valuable overtime.  But it took more than a hundred phone calls and fifty-odd alternate schedules...before all four could agree on a date."

"Most startling was Dovima Horan, whose purple-shadowed eyes were set of by dead-white face makeup' Patchett's renowned beauty mark showed to good advantage; Mullen's hair was in studied disarray (later slicked down for the color photos); Evelyn Tripp was windblown and demure."

"At 5:30 Evelyn Tripp rose sedately and announced that she had to make the 5:57 to New Jersey.  The others broke into conversation: "I don't know what to give my husband for dinner...I hope I can make the supermarket before it closes." Etc.  They're women, you know." 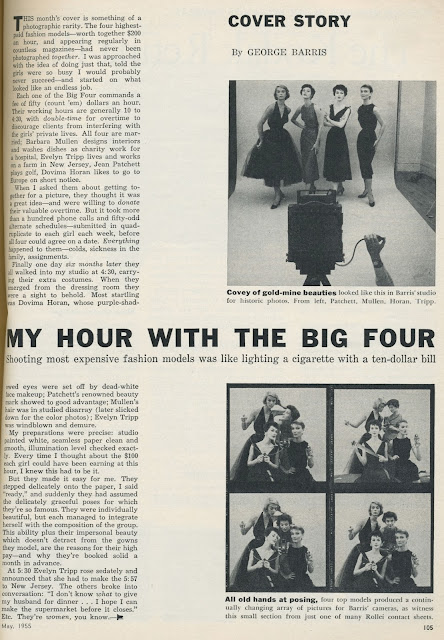 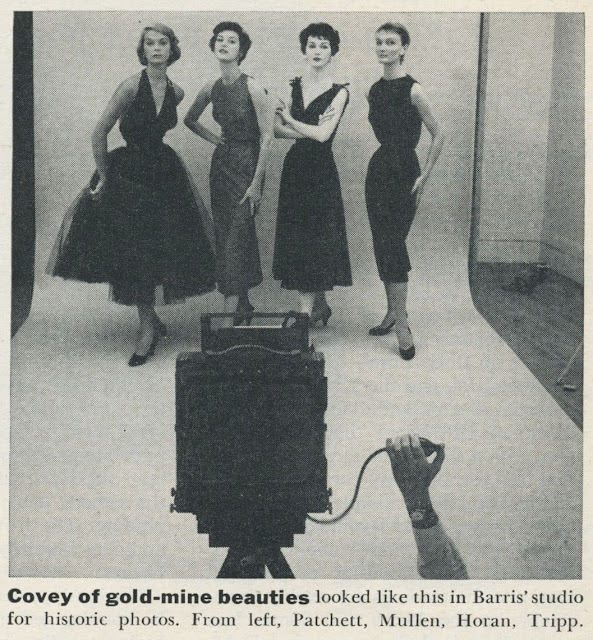 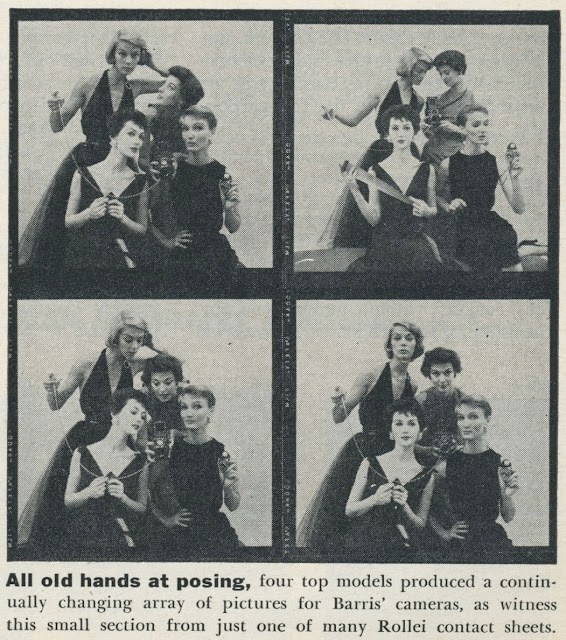