I came upon this very lovely scrapbook filled with a few pages of patterns and some brief explanations and fabric swatches of the outfits.  Some of the patterns have pieces missing but I wanted to buy this because of the overall thought of this scrapbook.  The pattern pieces are included in a sleeve in each section.

Care to take a peak? 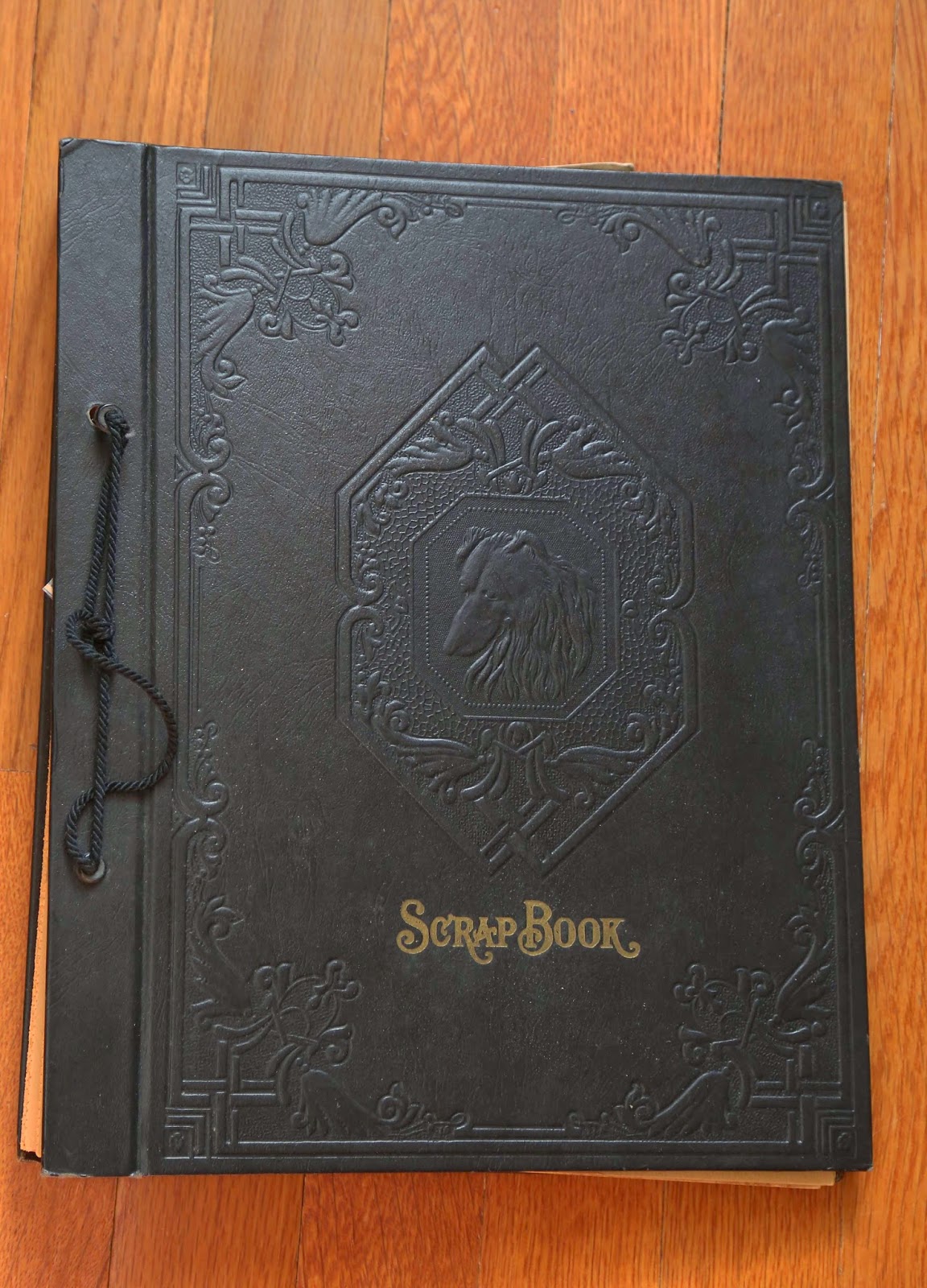 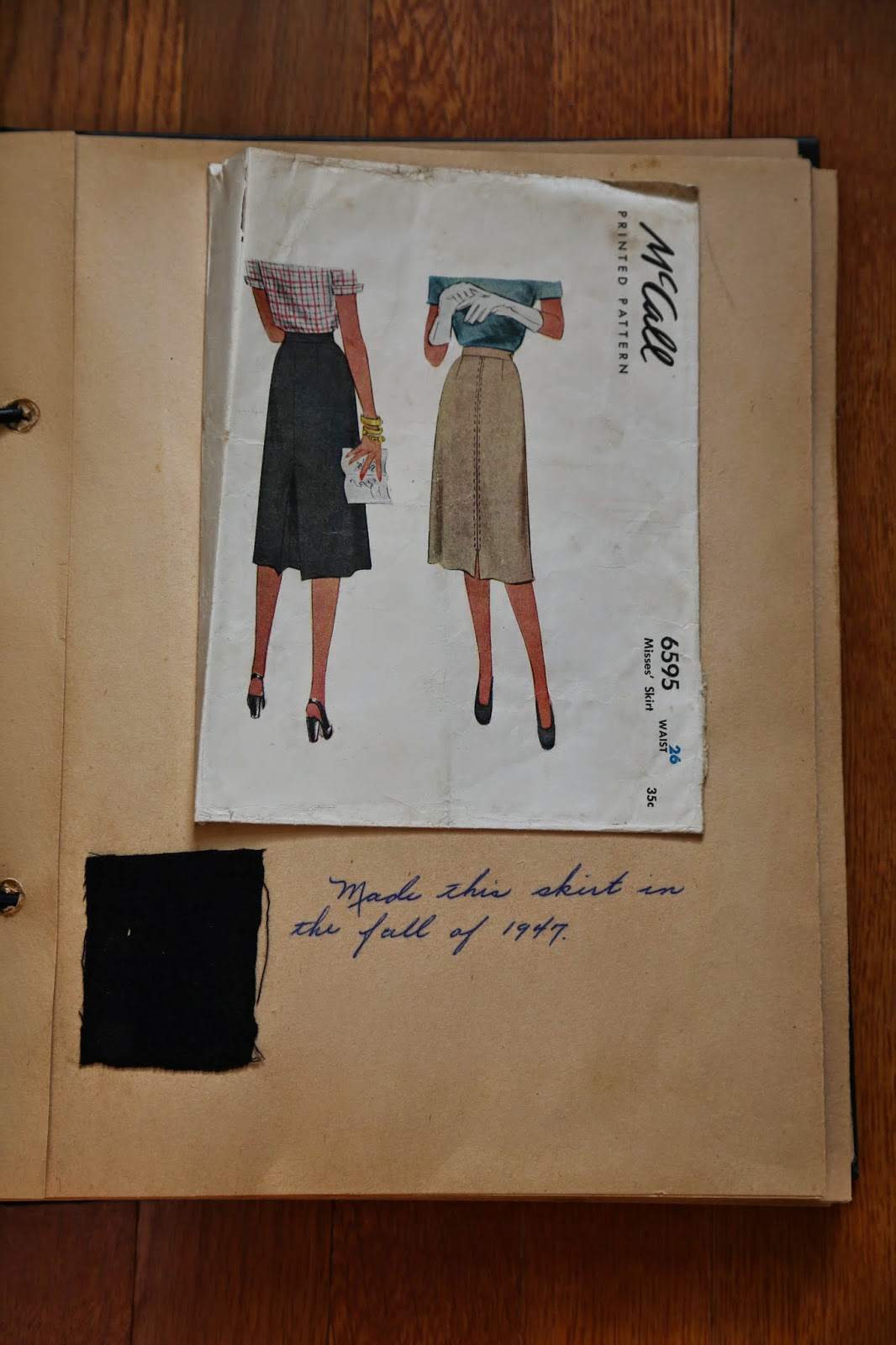 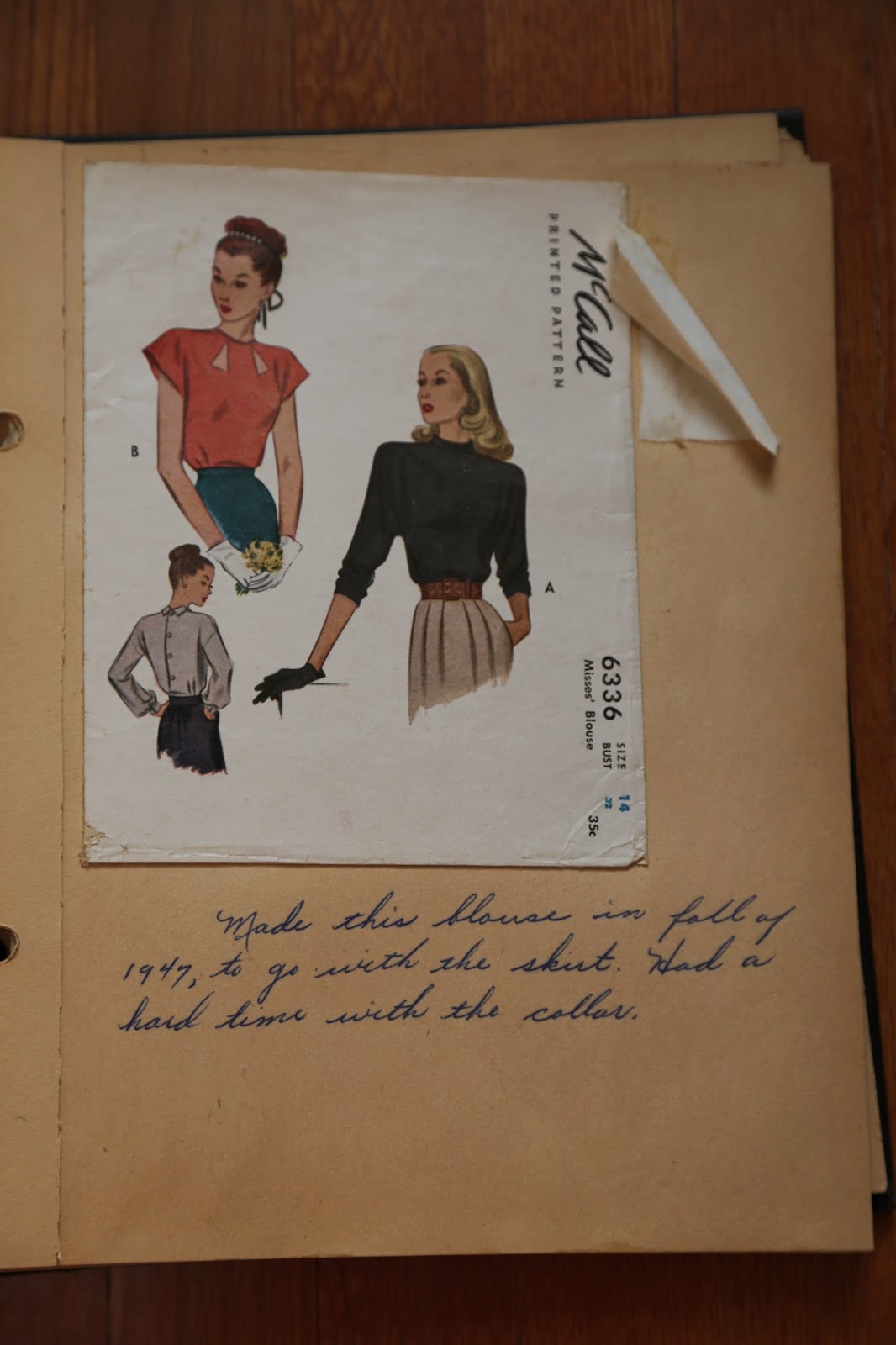 Caption:  Made this blouse in the fall of 1947, to go with the skirt.  Had  bit of a hard time with the collar.  (Note: also fabric swatch included) 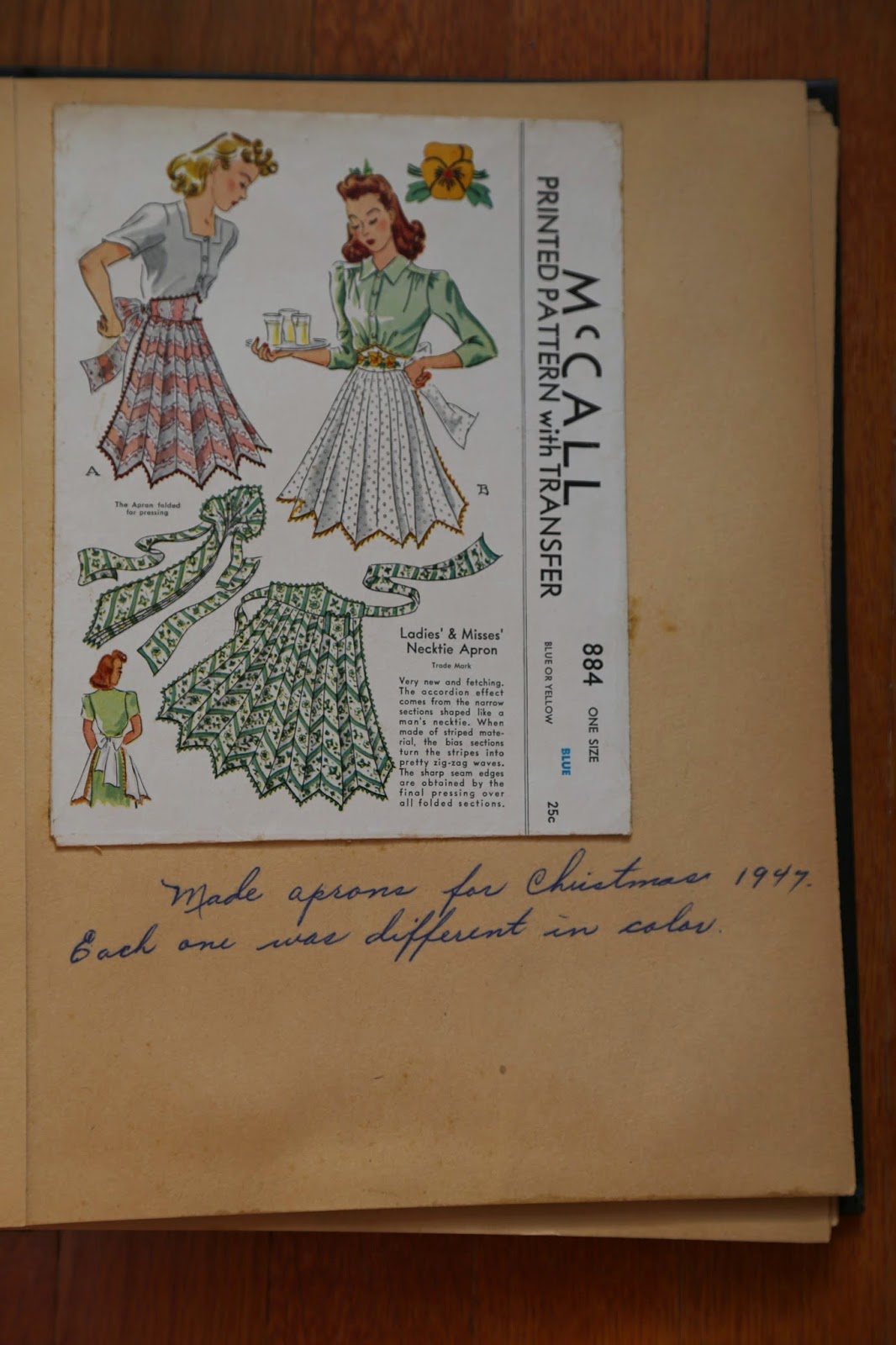 Caption:  Made aprons for Christmas 1947.  Each one was different in color.  There are quite a few of these patterns available on Etsy. 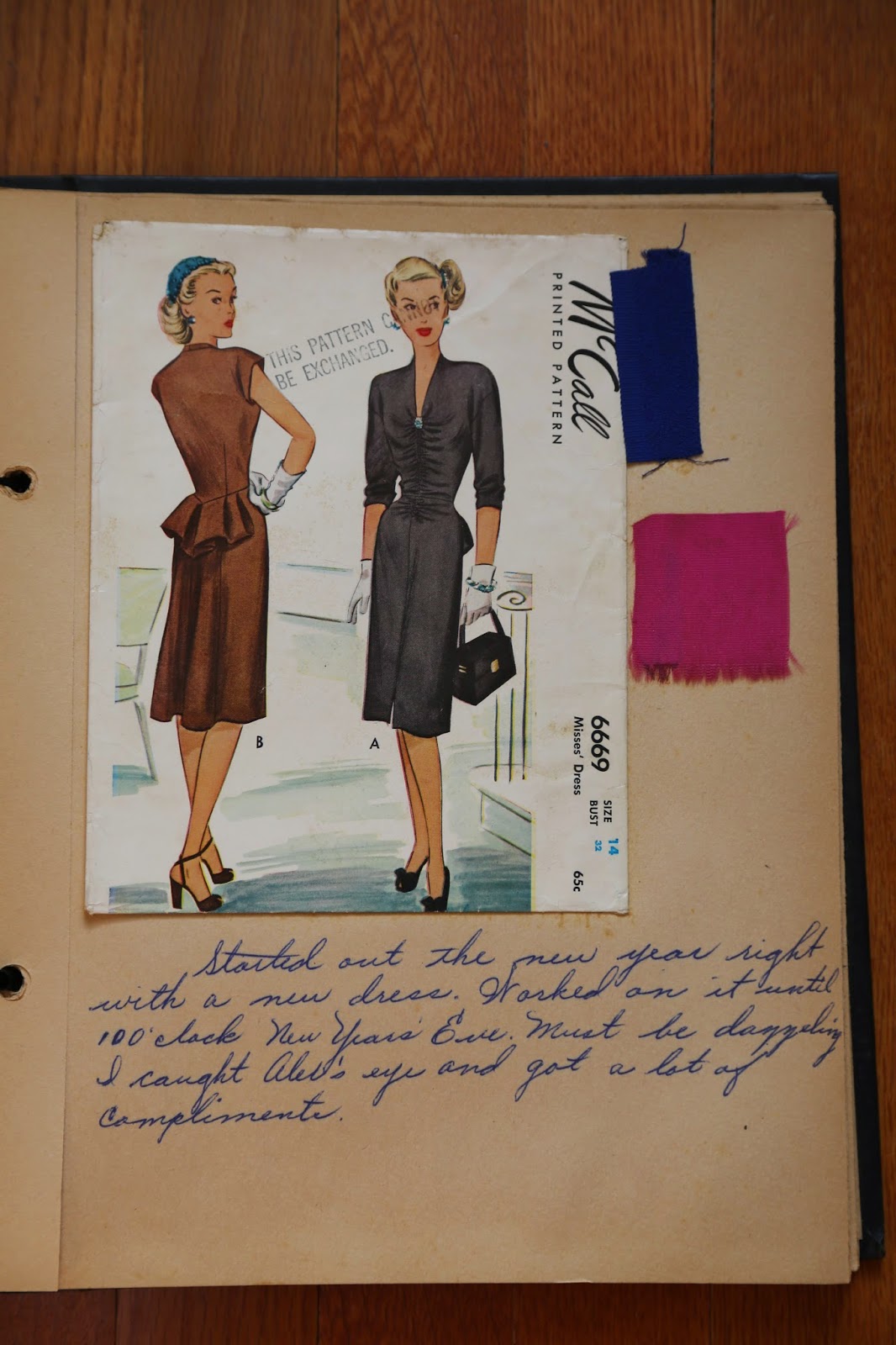 Caption:  Started out the new year right with a new dress.  Worked on it until 10 o'clock New Years Eve.  Must be dazzling.  I caught Alex's eye and got a lot of compliments. 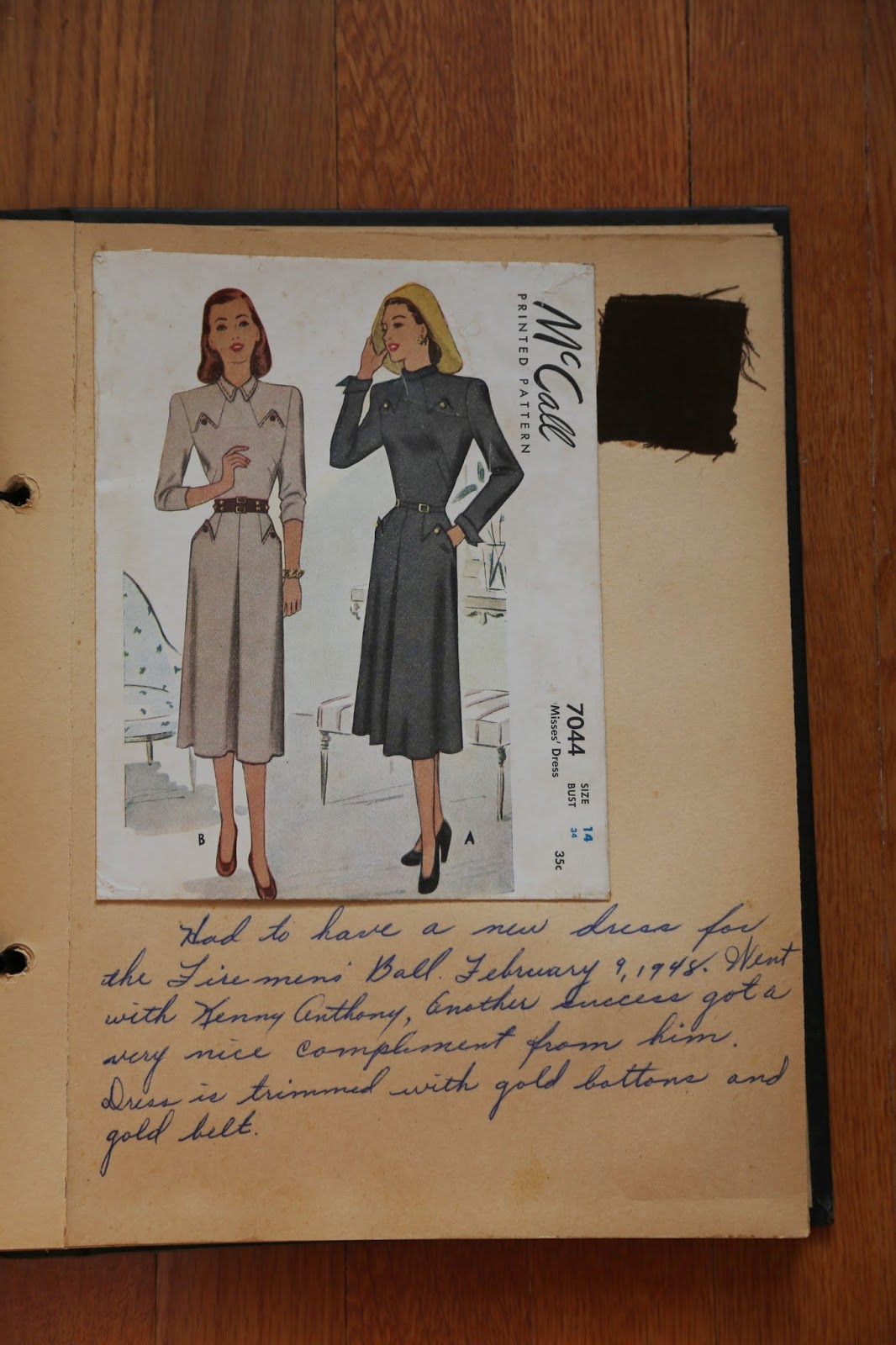 Caption:  Had to have a new dress for the Firemen's Ball,  February 9, 1948.  Went with Kenny Anthony, another success got a very nice compliment from him.  Dress is trimmed with gold buttons and gold belt.

I do wish we would have heard more on these lovely pattern creations from this lovely lady.  But, she must have given up on the scrapbook idea after this.