Lilli Ann, Suit Inspiration, and the 50's in Fashion Vogue/Bazaar

I'm hoping to at least get a new blog banner going in the next few weeks.   I'm also going to host a fabulous giveaway that you'll all want to take part in but you will also need to follow me on Facebook to be apart of the action, so if you'd like to get a head start you can follow me here.

Continuing on with the "well suited" series:

I've been trying to figure out a little more about light and shadow in photography.  It's an interesting mix.   So, also stay tuned for my next post.

In addition, I've been wanting to understand more of the makeup style of the early 50's.  I took a trip to the mall earlier this week, to add some additions to my makeup stash.  It's nice to add some new shadows, lipsticks, and products.  I've listed a couple of new products below that I thought you all might be very interested in too.

In the pictures below,  I wanted to practice my makeup style to match kind of an early 50's makeup style.  Although my jacket is probably very late 50's, I think it still sets a great scene for early 50's.   In looking at the fashion magazines of the early 50's, the eyebrow was very defined and the beginning of  a really dramatic black eye liner can be seen.  Of course, the red lips were also an elemental force.

Also, I have a great Pinterest board called "Sensation Suits Vintage Style", if you'd like to stop on by and take a peak at some really great pieces of fashion history!

I also have a few other great early 50's ideas on outfits coming up, including an very spot on early 50's Paul Parnes dress that very much reminds me of something you'd see in vintage Vogue.   I hope to be able to get to this look this fall too.

Hat: Etsy purchase $5!
Scarf: Schiaparelli gem (Schiaparelli scarfs can be found on ebay for actually pretty low amounts, unlike the jewelry and apparel!)
Earrings: Schiaparelli
Brooch:Eisenberg
Suit: Lilli Ann (I bought this jacket as a separate which is considerably less than paying for a full suit and paired it with another Lilli Ann skirt I owned from the same time frame, it worked out rather well.)
Umbrella: Vintage 50s love this umbrella
Bag: Vintage ebay
Gloves:  Paris -my favorite Michigan vintage shop - gloves are from the "old" Hudson's brand when you would love to take a stroll in Detroit to go shopping.  But, now Detroit is just a photographer's dream place of many pieces of historic nature crumbling.  Of course, there are a few patches of Detroit that are not in decay but overall it's a big city that had big dreams that needs big help.  There are so many grand buildings from the days when the auto was all made in the USA and many people lived in the city.  Even the old homes, have so much character. 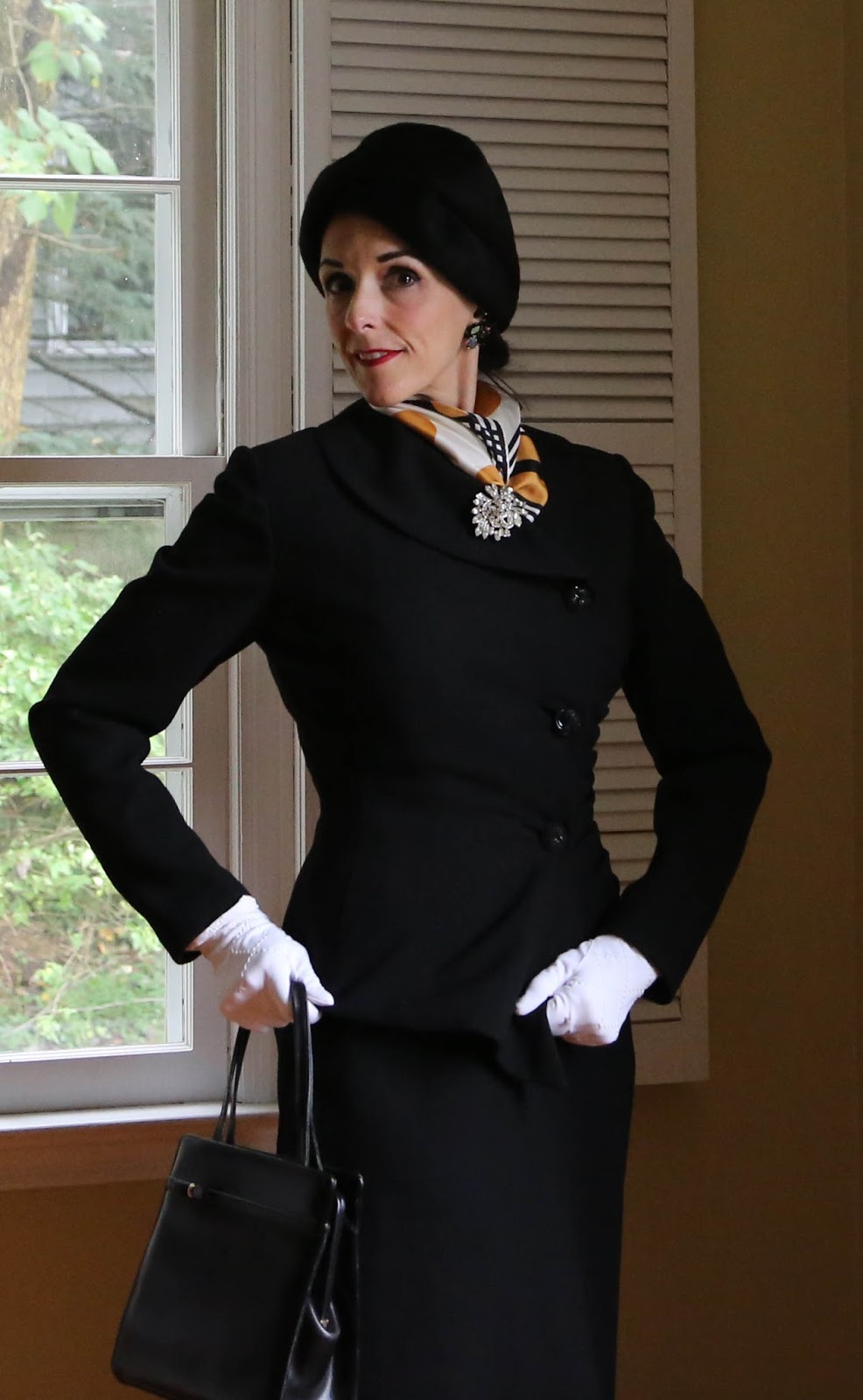 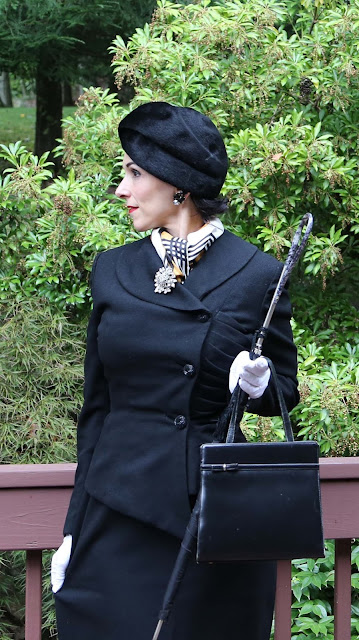 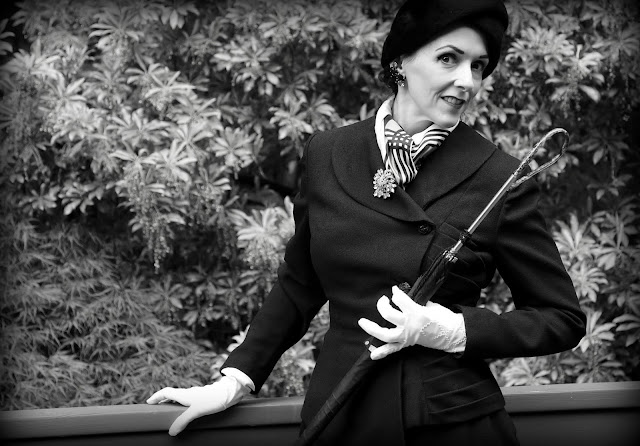 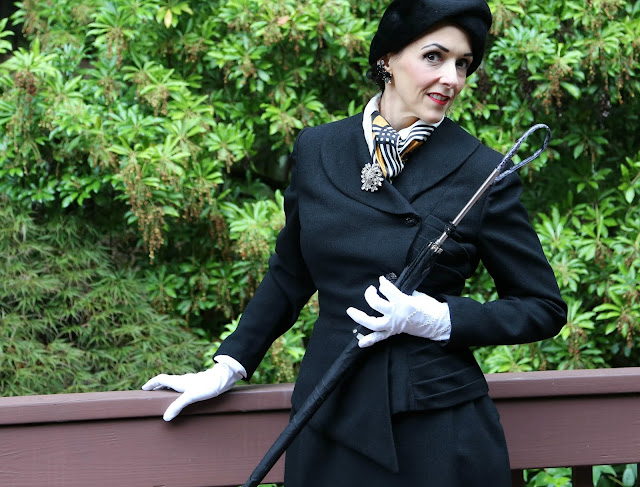 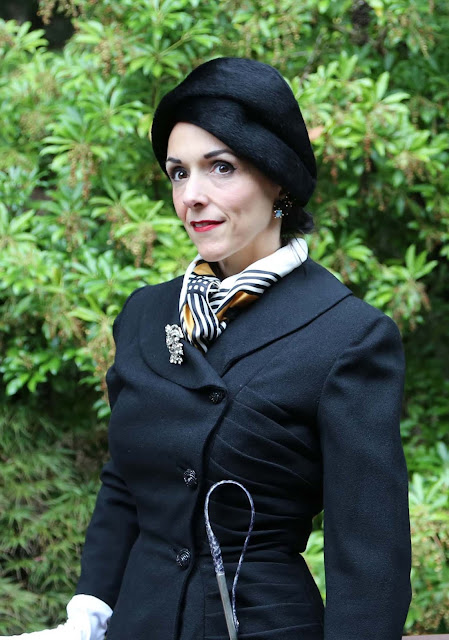 A couple of recent purchases for makeup that I can say are making a difference to my "50's" look are the eyebrow pencil from Anastasia.  This will certainly be a new staple.   I really love this pencil!  I have been using Smashbox for their eyebrow set, which I also like but I think a nice combination of both is just perfect.  I'm digging my eyebrows, what do you think? Think I got the early 50's right? 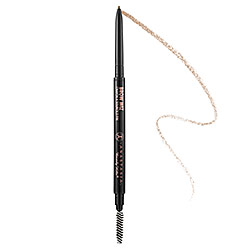 For lipstick, I used a pencil and then followed it by this incredible lipstick by Kat Von D Outlaw, which I can say is a great "stay on" formula.  I did also add a bit of my "regular" lipstick as a topcoat but just mildly.  I do like this formula.  You might even add a bit of gloss to the top for added effect.  Although this image does look gloss like, don't be fooled it is more of a lipstick "stain" in matt that has a more permanent effect than a "regular" lipstick.  I also bought her liquid liner pen but I have to say, from my experience, MAC still has the best liquid liner pen. 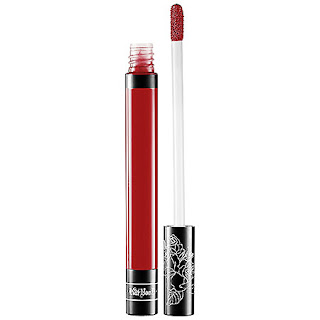 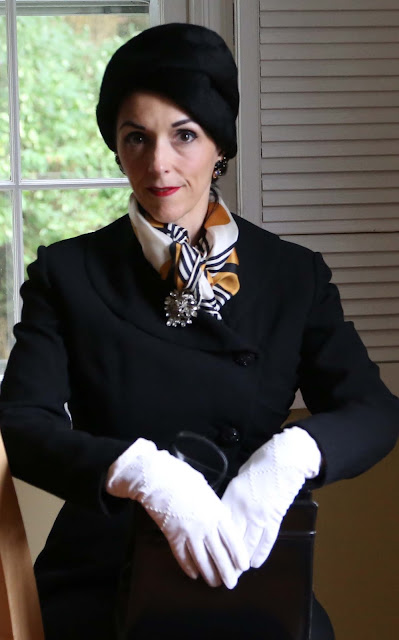 I thought this hat above had a lot of resemblances to these hats in this image below.. 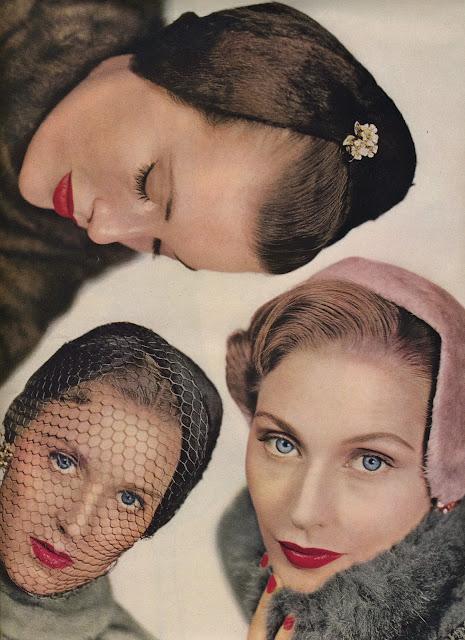 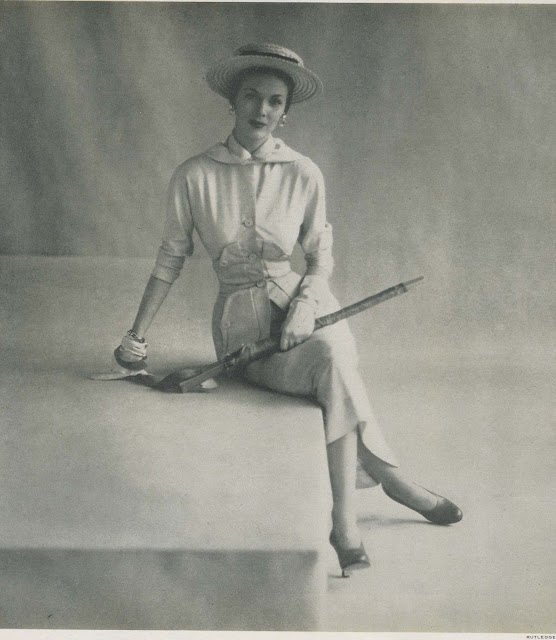 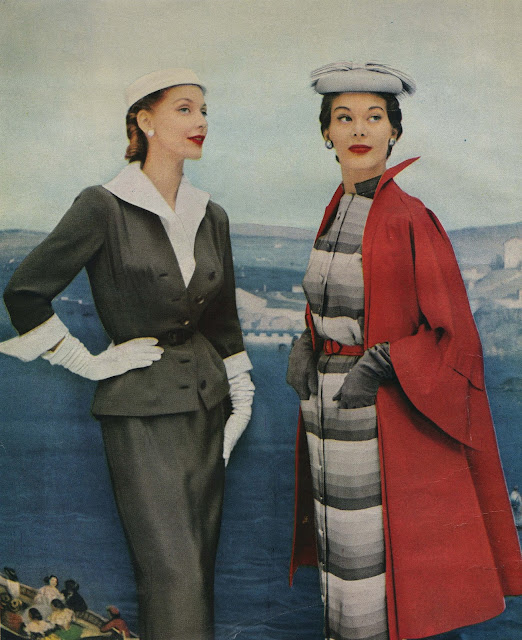 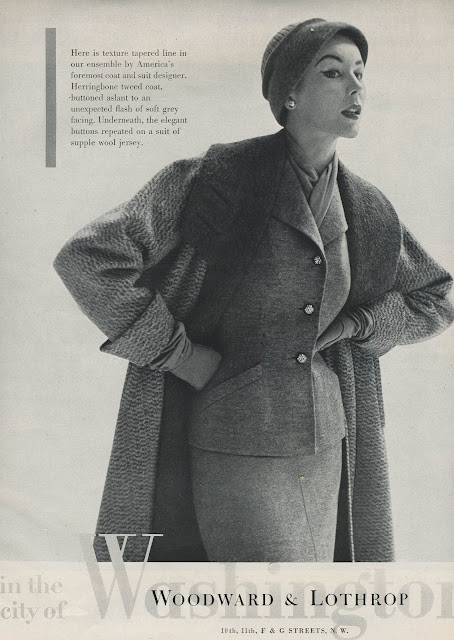 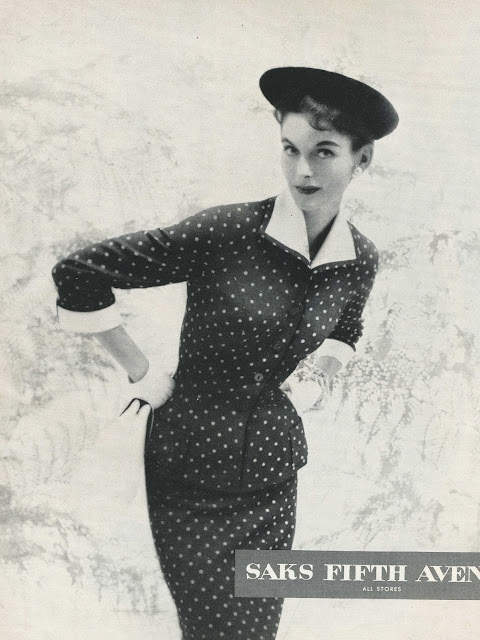 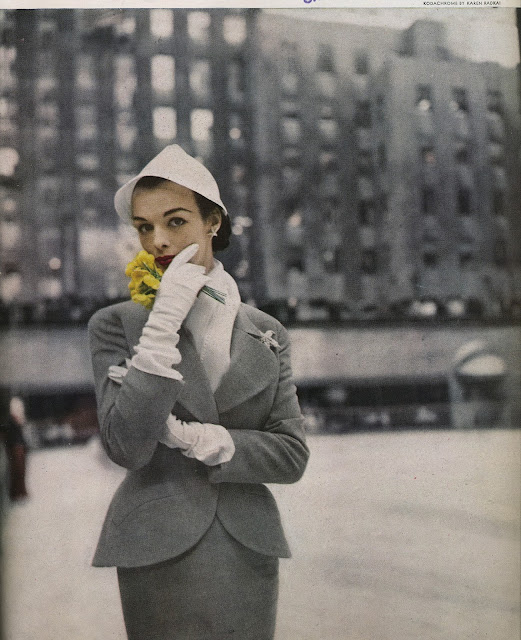 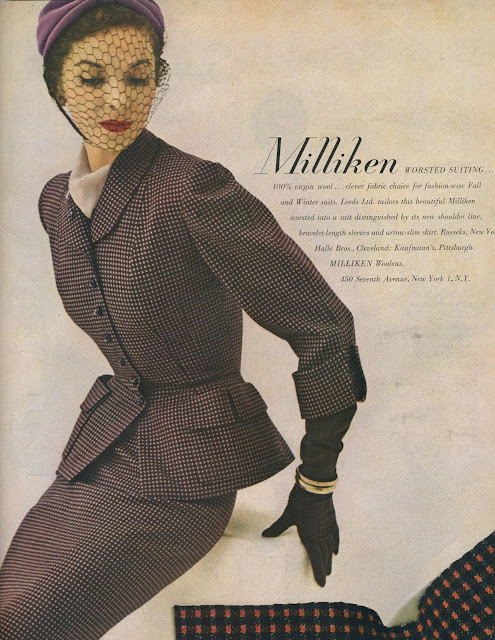 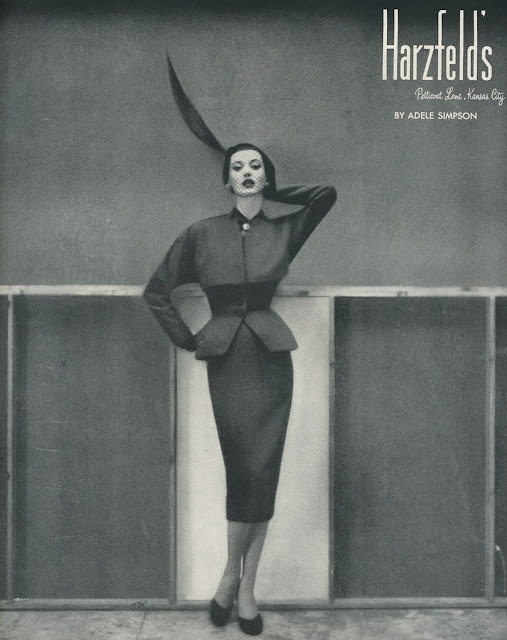 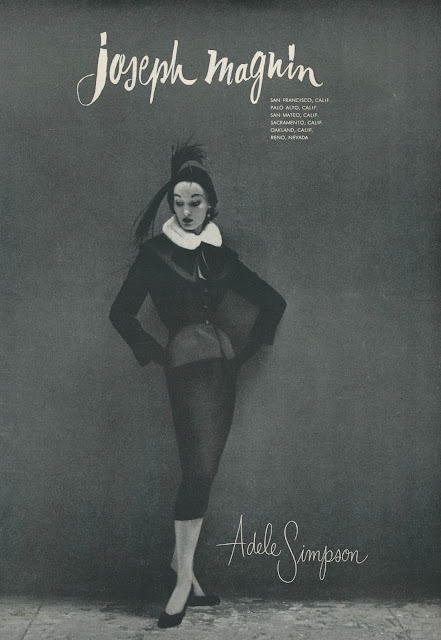 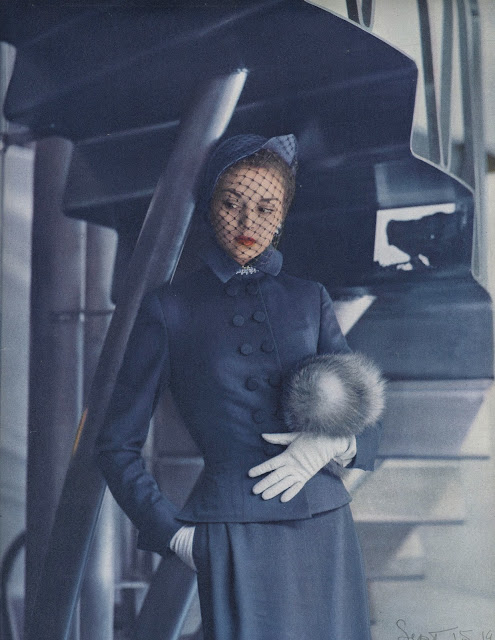 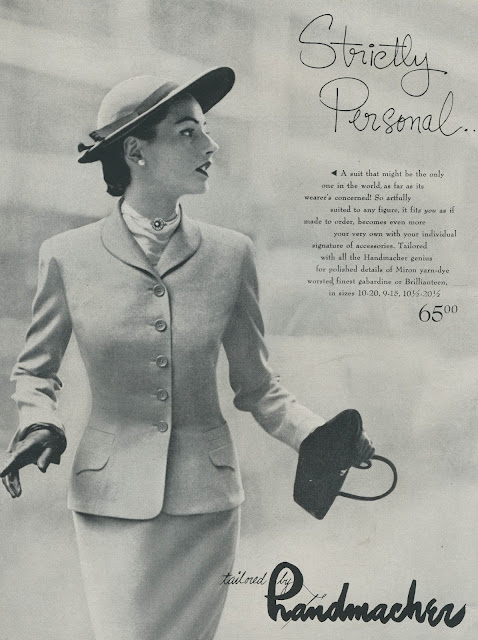