Jacques Fath 1947, Here's Your Invitation To The Event.

Yes, it is that time again, to revel in the mastery of Jacques Fath.   Here's a link to Jacques Fath in some past posts.   I also have a Pinterest board devoted to Jacques Fath, please check it out.  I admire his style and he was (is and will be) spot on with artistic merit.  I'm so mesmerized by his work and I hope one day to view a couture dress by him in person.  Oh to just be a fly on the wall as he played out his ideas to his seamstresses.   I won this photograph in an auction and thought it captured such a moment in time.  To have been at the Jacques Fath couture house and witness first hand his creations walk the isle.  If placed back in time, I'm all the way in the corner mid-right, won't you join me?    Amazing fashion times!

This photograph was taken in 1947.  Yes, the same year that Christian Dior was also taking the fashion world by storm.

Another funny note, I actually did double check the picture to see if the mole on the models  face was a blemish on my scanner. lol.  It's actually quite meant to be.  An ode, to Marie Antoinette I'm thinking.  It is interesting how the model is not wearing earrings but is draped in a wonderful sparkling necklace.  Wouldn't this have been quite interesting if he would have had the model wear a powdered wig too?  But really think about the style and cut of this dress…this is 1947.   This could easily have been made 10 years later and been quite in style. 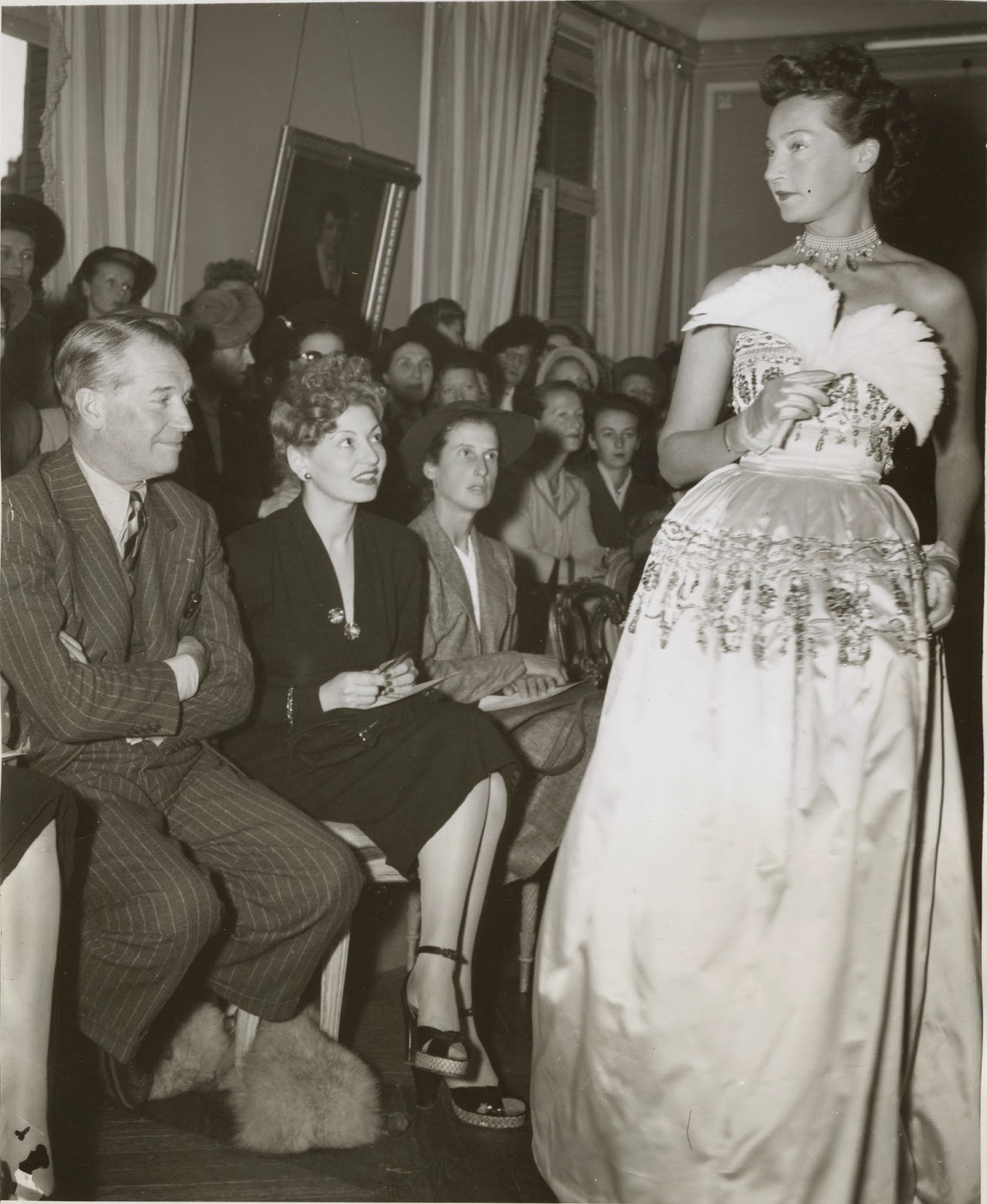 Details to the photograph... 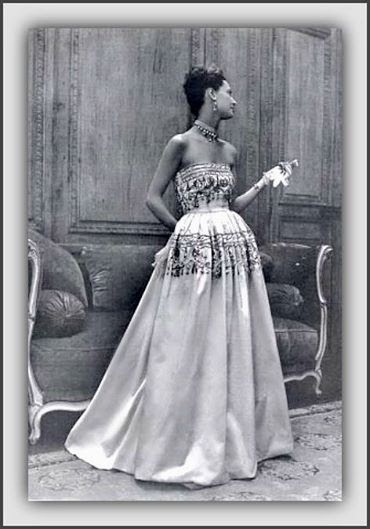 Another image of this dress via this link.

There are also two celebrities in the audience Nita Raya and Maurice Chevalier.  They met when he was 46 and she was 19.  They were married until 1946 per Wikipedia.  Nita Raya may very well still be alive today.  I've looked up a little about her.  What is also interesting is that she was jewish so this must have been difficult for her to be in Europe during the wartime.  It is interesting they chose to stay and not come to the USA.   If you'd like to hear more about their war years here is a link.  I wish there were more resource material about her. 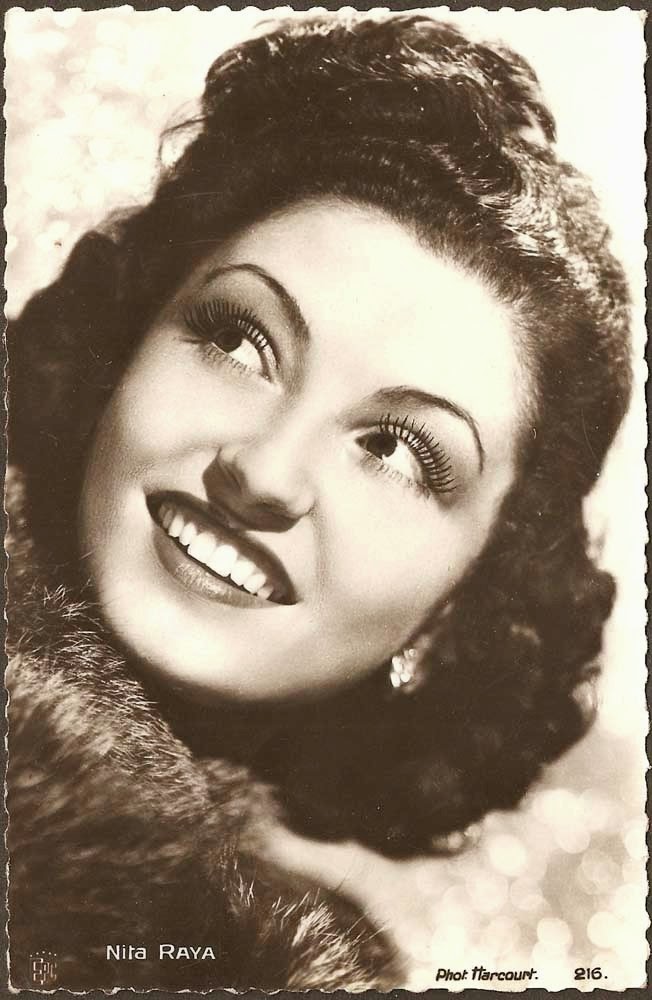 Link to her history.

More details of the photograph: 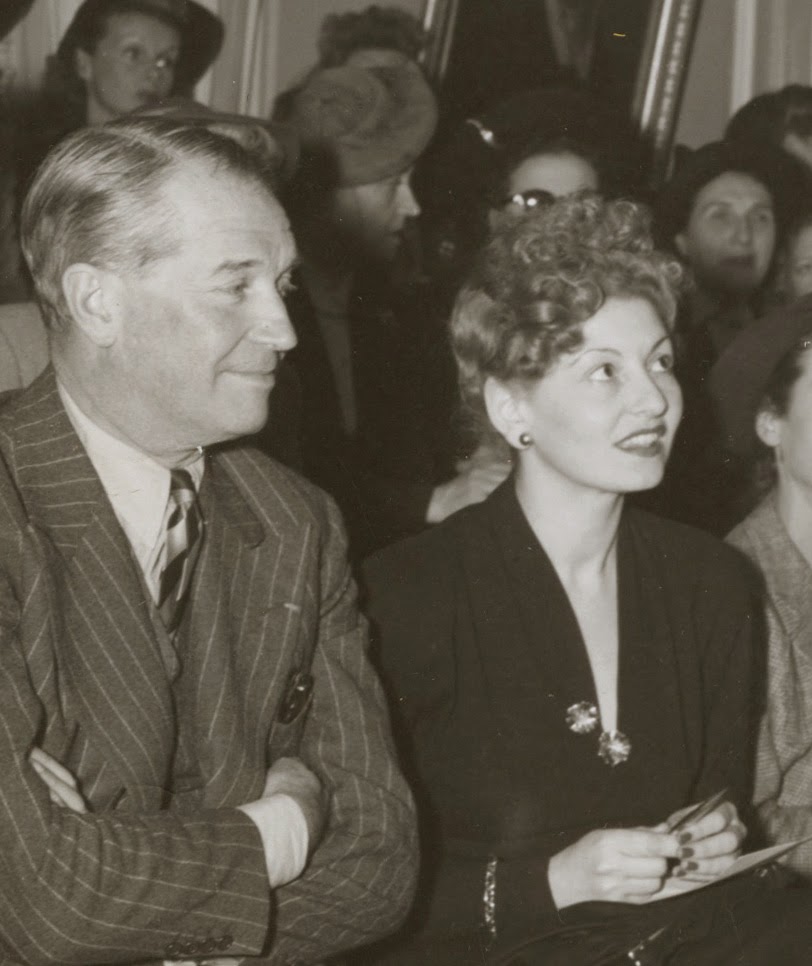 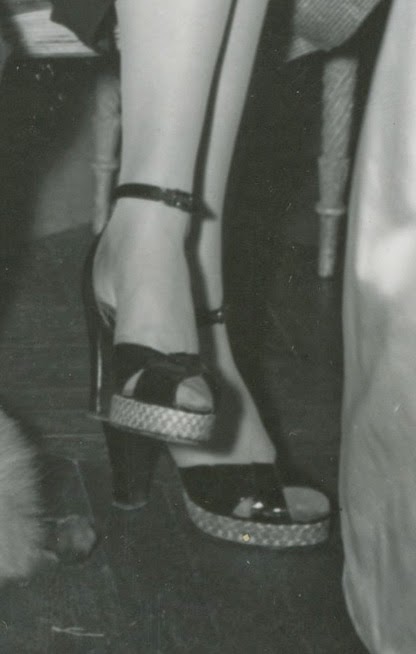 A fur on the ground, interesting. 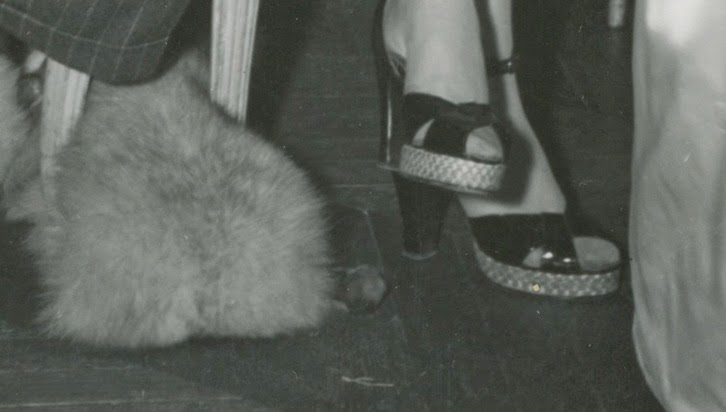 Jacques Fath Gown labeled as 1948 via MET    From what I can see a gift in 1951 to the MET.  Quite interesting to receive this only a few years after it appeared on the runway. 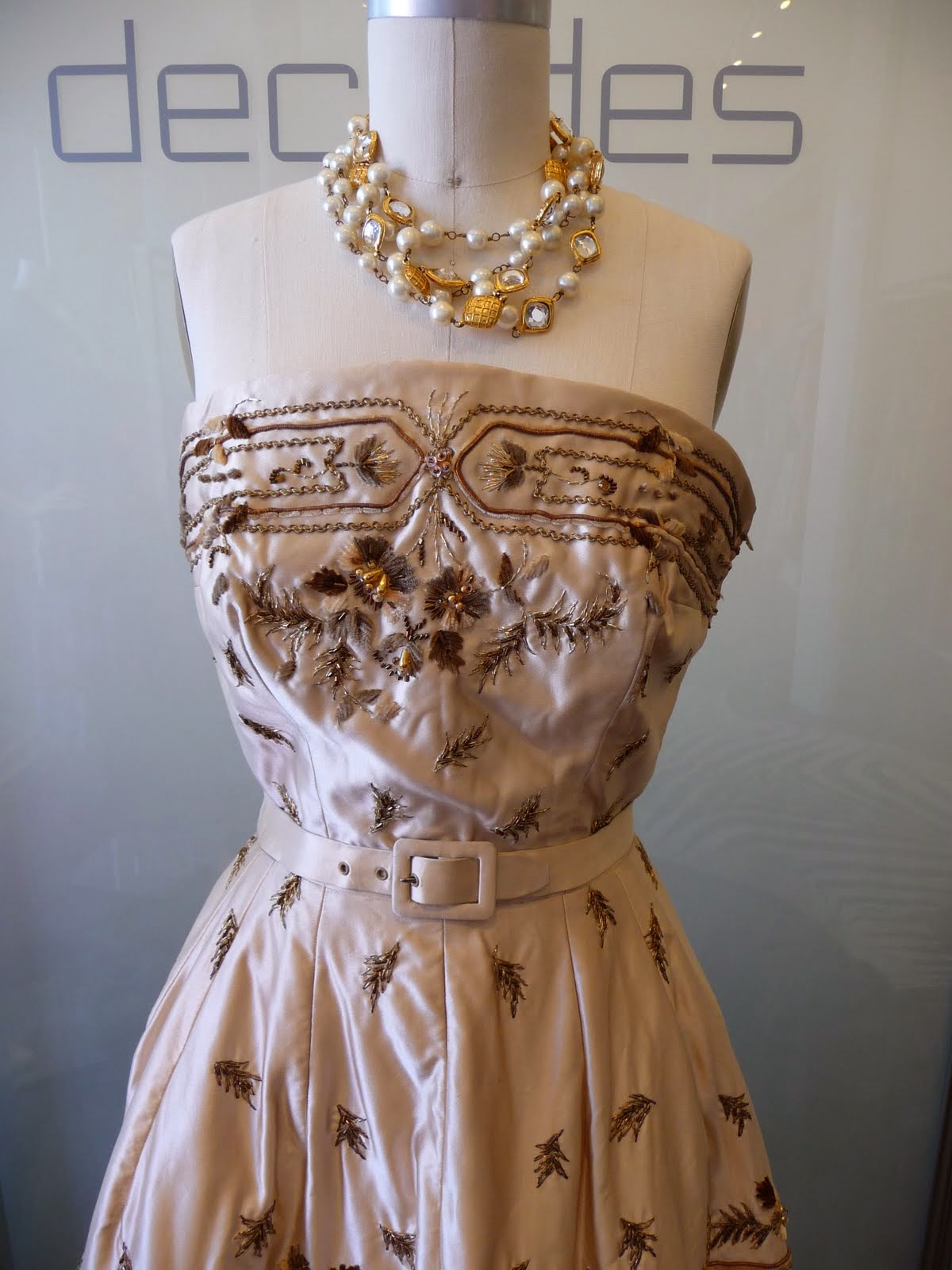 Here she is in a Jacques Fath gown from the V&A website.  I invite you all to read about how she acquired the gown.  1948 Jacques Fath Gown.  I also love that she documented the event of wearing this gown and people's reactions.

Here also is a podcast on the event.  Just lovely.  A must listen. 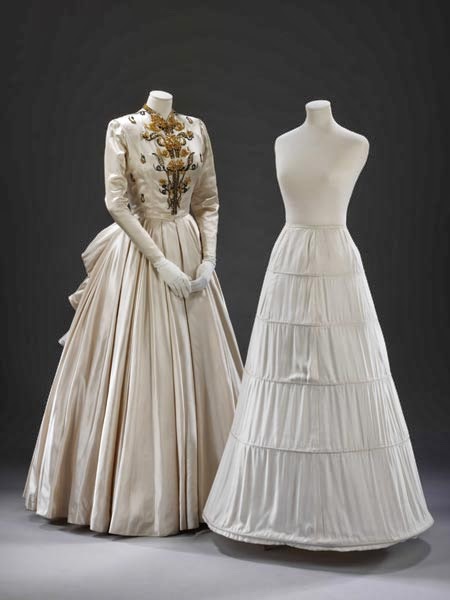 A rare look at  other Jacques Fath gowns in color via Pinterest. 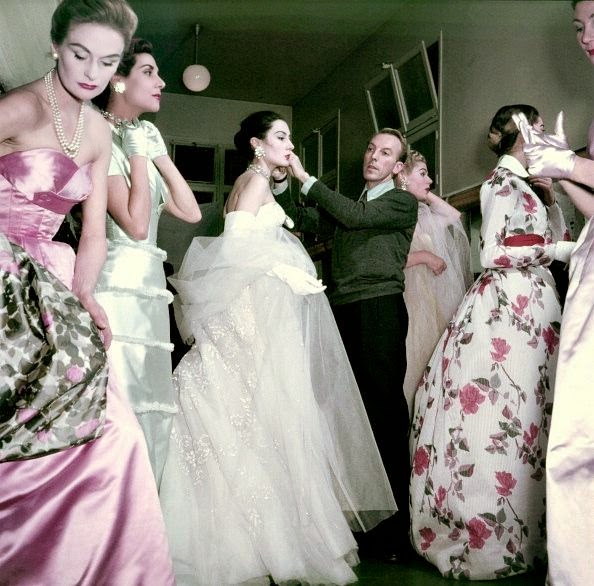 I know this is also unrelated but for you vintage seamstresses, I also came across this wonderful link to make a 50s dress from the exhibition that was at V&A.  So interesting!