I have been spending time researching some vintage fashion industry icons and Hattie Carnegie is one of them.  Did you know that when many of her jewelry pieces were created after she died?  But, if you are an astute collector you can determine which pieces were created during her lifetime.  According to a website devoted to her life, you can tell the jewelry made in her lifetime by the signature.  If it is block, it is stamped after her death, if it is her signature it was made during her lifetime.   Also, if it is stamped "HC" it is the oldest of her lines from the late 1930's to early 1940's.

Hattie was born in Vienna, Austria in 1886 and died in 1956.  When she came to America she changed her last name to Carnegie after the richest man in the US at the time, Andrew Carnegie.  She wanted to be industrious just like him.  During her life her empire consisted of jewelry, perfume, handbags, clothing, and hats.  Hattie couldn't sew but she had an eye for fashion and style.  She also had her own column in Vogue magazine.   She was industrious and had a great head for business.  Isn't it so interesting how successful she could be during the time when it was a man's world in business?

She opened her own shop when she was 23 years old. Hattie modeled her own clothes and the wealthy and elite flocked in.  She was a trendsetter and very fashionable.   She believed in simple, beautiful clothes.  Her company was known for creating the "Little Carnegie Suit" which scuplted the body. Hattie was also very talented at hiring the right people such as  Pauline Trigere, James Galanos, and many other great designers.  She was a trend setter and her name was synonymous with couture and style.

Lucille Ball even modeled for Hattie before she became a stage/TV actress.

Hattie on the cover of Vogue magazine September 1940: 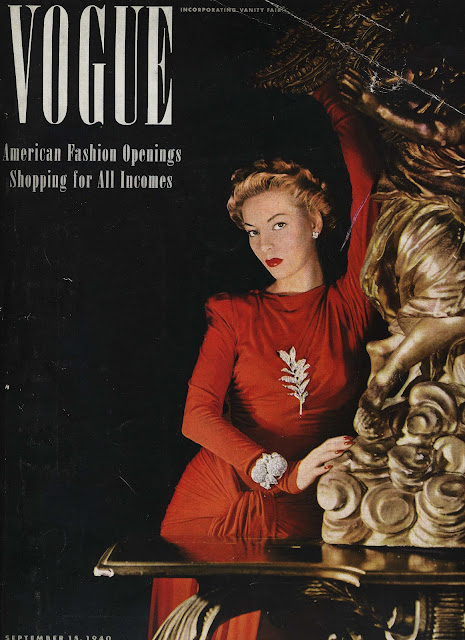 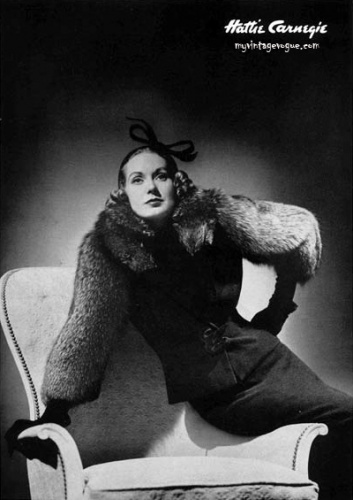 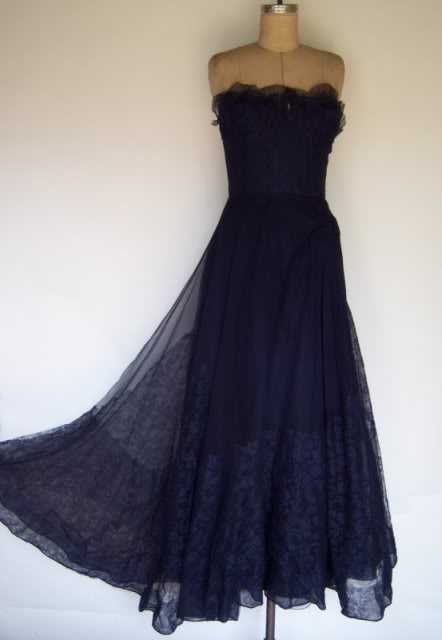 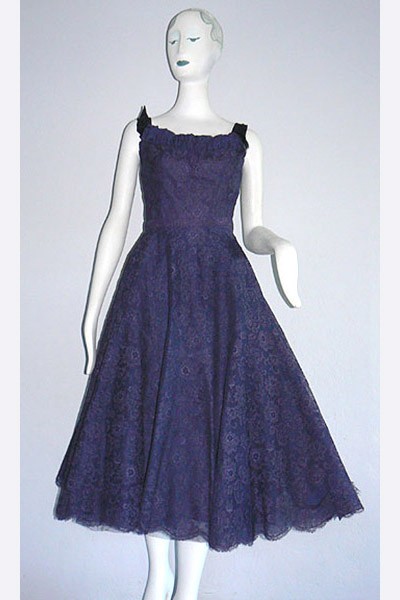 Hattie Carnegie dress from The Frock: 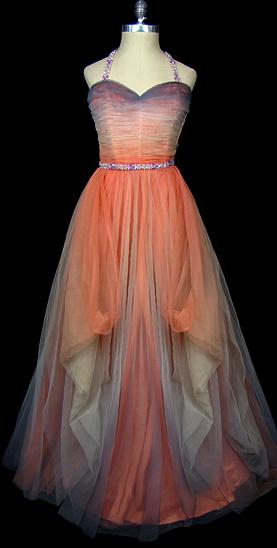 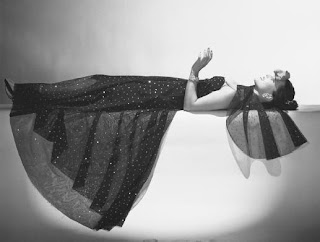 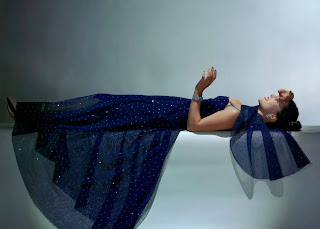 Her jewelry is very sought after.

I bought the Hattie Carnegie brooch below on ebay recently.   My collecting goals are to get one piece either jewelry, clothing, or hats of the major designers that interest me from the 40's and 50's.  My ultimate dream would be a Dior New Look dress...but one can hope:)  This brooch is really interesting.  I can't wait to find the right opportunity to use it.  It really caught my eye the way that the rhinestones are nestled into the wire nest.  I wonder what the muse was when designing this piece?  I paid $42 for the brooch, which is a pretty reasonable price considering what some of her other pieces go for. 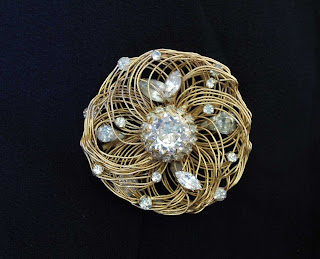 Lastly, here is the lovely Hattie Carnegie infinity pin that is apart of the giveaway.  Enter to win this gem: 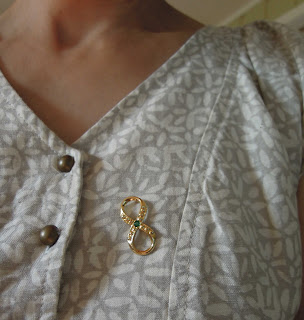